I was recently unable to format a SDHC card with Windows Explorer or the Disk Management console (diskmgmt.msc). I did apply the same trick as when I was unable to delete a volume of a SDHC card.

The symptom was the same: in the Computer Management > Disk Management console... the "Delete Volume..." menu was dimmed (disabled)...

The solution was to format or delete the volume using command 'Diskpart' in a Dos prompt.

See here how menu is disabled when I want to delete it: 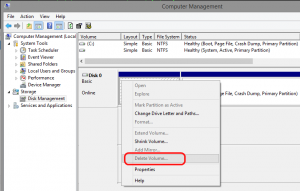 To solve this, I used the solution published on Internet by Salty Wagyu : diskpart. Here is the list of commands to be used in a dos prompt run as Administrator:

I have a plugin for TFS 2010 that reads a config file containing custom section handlers. When I deployed my plugin on TFS 2013, it thrown the following error when trying to instantiate those section handlers :

Additional information: An error occurred creating the configuration section handler for xxxxx: Could not load file or assembly 'xxxxx' or one of its dependencies. The system cannot find the file specified.

The problem was that there was no adequate probing path defined for .NET 4.5 in the TFS 2013 Services' web config.

But once those plugins loaded, they can only load their own dependencies from the GAC or from the TFS 2013 Services' bin folder (C:\Program Files\Microsoft Team Foundation Server 12.0\Application Tier\Web Services\bin). I.e.: the sub-folder 'Plugins' of that bin folder is not probed...

In my case, when my plugin read its custom section, it needs to load the assembly containing the related custom section handlers (actually, the plugin and the custom handlers are in the very same assembly...). It works fine if I deploy the assembly in TFS 2013 Services' bin folder (or in the GAC I presume) but I cannot bring myself  to simply do that. Especially taking into account that it was working fine within TFS 2010.

Having a look at TFS 2013 Services' web config, in order to specify my own probing path, I noticed that there was already one defined, but ONLY for .Net 2.0. I.e.: here is the <runtime> section of C:\Program Files\Microsoft Team Foundation Server 12.0\Application Tier\Web Services\web.config

As my plugin targets .Net 4.5, I simply defined the probing path for all target runtime.

And that solved my issue !

FYI (and google indexing): my plugin is a Server Side Event Handler for TFS...

I still have that very old webcam that I wanted to reuse under Win8 x86 on the PC of my daughter... It works fine with the drivers for Win2000 installed in compatibility mode... 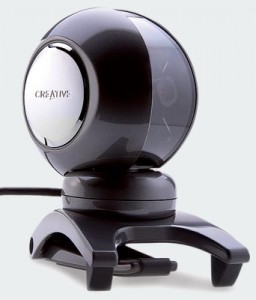