First, be sure that the "Universal ADB Drivers" are installed. To be found here or here. the ADB command is available here. ADB documentation exists here. ADB won't work if "USB debugging" was not enabled on the device. But it was, for sure, if as me your bricked it...

Then, get a TWRP Recovery image from here that can be installed without the need for a previous version. I took the TWRP 2.2.2.1 which is the only one that works fine with my Nabi 2 due to a Calibration issue with the other versions. As not available anymore from the page mentioned above (with all versions for Nabi 2), I had to take it from the Auto-Installer mentioned here (from the subfolder twrp/old).

Next, open a command prompt as admin on the PC and type:

Upgrade to the most recent Recovery

And once in TWRP, I did "Backup" it on the SD card!

I moved next the SD card into my PC, I went to the folder \TWRP\BACKUPS\<id of my table>\<current date> and delete all the files in there.

Then, I downloaded the stock Rom 3.0.13 for KitKat (3013stock.zip) here and did unzip it in the backup folder before moving the SD back into the tablet.

I did reboot again the tablet in the Recovery and once there I did a "Restore" (keeping all items selected).

Once flashed, I did reboot the System (without installing SuperSU). After ~1 minute, the Logo started to spin and after ~2 other minutes the system started to initialize. After ~5 minutes, it was asking me to pick a language and configure the Wifi.

The only version of TWRP that was previously compatible with my tablet Fuhu Nabi 2 was TWRP 2.2.2.1 due to a calibration bug (See Here). But I just found that TWRP 2.8.5.0 works fine!

My tablet was running:

Next, I took the Auto-Installer to be found here.

Then, I did unzip the "Twrp-recovery-JBNV7AUS-285.zip" into the Auto-Installer's subfolder "twrp\new" and renamed it from "twrp-recovery.img" into "recovery.img" (replacing the existing img file).

It pushed the image I just copied into the subfolder "twrp/new" on my Nabi 2 and Bingo ;)

See here how I previously used it to root my two Lenovo A5500-F.

I tried several tools to root my two tablets Lenovo A5500-F. I only succeeded "easily" with the free "KingoRoot". Highly recommended ;) 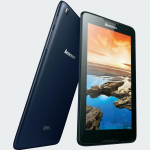 My tablets are both:

First, configure the tablet to be able to connect onto it from the PC:

Now Plug the tablet into the PC and Run “Kingo Root” on the PC:

You are ready to start rooting the tablet!

If you see a prompt from Google on the tablet, to check that the device has no security issue, just refuse it.

After the first reboot, "Kingo Root" saw that my device was not yet rooted and it continued with installing more stuff... Soon later, the tablet rebooted again automatically and “Kingo Root” restarted the same process. Concretely, it did the same routine 5 times (I.e. it rebooted five times) before announcing that the device was successfully rooted.

Something weird however... Although Kingo Root” pretended that the device was rooted, “Root Checker” told me it’s not the case ?!

I did restart “Kingo Root” and pressed “Root Again”. It did some updates but didn't reboot automatic and Bingo ! “Root Checker” now confirmed that it was rooted.

NB.: you should be prompted to confirm that “Root Checker” may be granted Root Access by KingoUser.

It took me a bit more than 30 minutes.