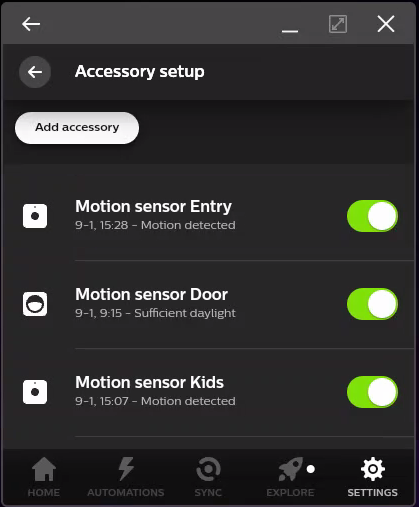 The App Hue Essentials is not free but is really great (opposite to Philips Hue, you can for example control devices from multiples Bridges without switching from one to the other all the time). It's the first App I found, made for end users (and not for developers), which give access to the internal sensors of a selected device. I.e.: the other Apps list all the sensors but does not tell which sensors belongs to which device.

One way to identify which sensor belongs to which device is to go to the Devices (1) within the App Hue Essentials, select the device (2).

In these details, you see the Identifier of the device. Here, the identifier is 13.

Back into OpenHab, you can now filter the list of Things on ':13' and find the device.

One can do the same to find the id of the other sensors of this device: instead of the menu "Details", select now the menu "Temperature" or "Light Level". One can see immediatly the name of the related sensor (Here under "Hue light sensor 1"). One can also take the menu "Detail" (1) to take note of the identifier (here under "14") to filter for it in OpenHab's Things list. 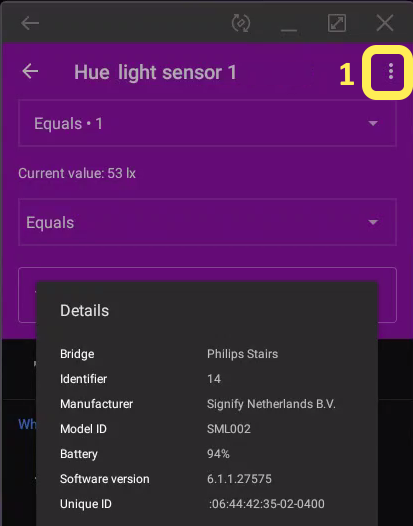 The best is however to rename these sensors according to their device (The "Hue light sensor 1" could be renamed "Hue light sensor Door"), remove all of them (especially the "Motion Sensors" which were properly named otherwise,  the other sensors won't be re-detected) and rescan for Hue's Things in OpenHab.