T-RAID (for Transparent RAID) is a new product of flexRAID. It comes as another option next to the existing product: RAID-F (RAID over File System). I did migrate from Raid-F to T-RAID months ago... 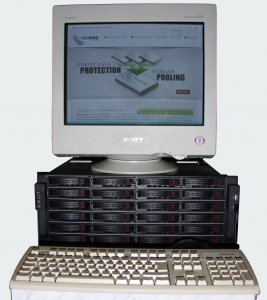 Here is how I configure it now in order to get the best performances for my server and my own usage.

I love T-RAID. It has great features similar to RAID-F, e.g.:

But it comes with its own advantages on RAID-F

Once Physical Drives "Registered as Pass-Through", to be used as DRU or PPU, and added into a "RAID Configuration (defining hence an "Array"), one can set various options on that "Configuration"