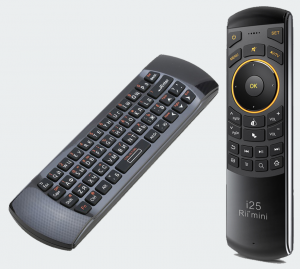 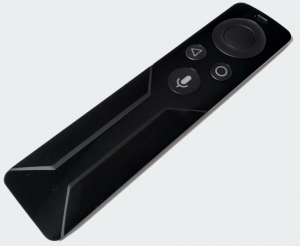 How to 'Add Mirror' on a disk containing data when the option is grayed-out although you have another very similar disk available and empty? Check that your two disks are "Dynamic" and shrink the volume on the disk with data!

I had a 2 TB disk with a unique volume (on one single partition), containing data.

I did add a new 2 TB disk to be used as a mirror of the existing one. I went into the Disk Management tool to "add Mirror" but found that this option was not available. The menu was disabled:

First thing to check: the two disks to be used must be "Dynamic". Right-click on "Disk x" to "Convert to Dynamic Disk ...".

Next, to be able to create a mirror, the system needs some free space to create its own reserved partition on the disk. So, right-click on the Volume of the disk with data to "Shrink Volume..." (Try first with 1 Mb). Once the disk has been shrunk, the menu "Add Mirror..." becomes accessible. 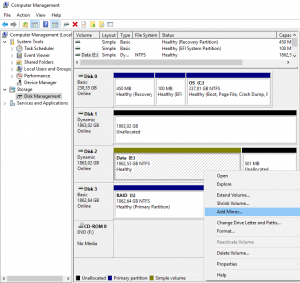 Recently, I noticed that my PC was waking up from sleep mode without me explicitly clicking the mouse, pressing a key on the keyboard or sending a magic packet...

I found this problem was due to an update of the Ethernet drivers which allowed any packet to wake up the computer...

This is a problem which comes back regularly when updating drivers. Each time, I wonder what's wrong again. So, here are some tricks to find the cause.

Next, look for the last device which turned on the PC:

If this does not help:

You can also look for the list of devices able to wake up the PC:

The PC can also be waked up by Timers (Scheduled Tasks):

You call also disable all tasks that could wake up the PC at once:

Finally, you could also have to disable the Automatic Maintenance:

Many tutorials explain how to reboot in Safe Mode. But they usually need you to already be in a Windows session for that. What if Windows doesn't start well anymore and the usual F8 doesn't work? Well, you can enable the classic Boot Menu via the Command Prompt of a Recovery Drive.

In my case, the Graphic Cards' drivers were corrupted. So Windows was actually still booting but I couldn't do anything as not having access to the UI. I had to restart in safe mode to remove those drivers and reinstall them. But without a UI, impossible to change Windows's Startup Options...

Typing F8 during Windows boot didn't gave me access to the Boot Menu as, since Windows 8, the boot so fast that there is no way to interrupt it anymore - except if you have enabled F8 explicitly, sacrificing a couple of seconds during startup. This can be done by opening an elevated Command Prompt and executing:

To undo this reopen the elevated Command Prompt and type:

If F8 is not enabled, you can force Windows to present you the Boot Menu using a Recovery Drive (or USB Key): 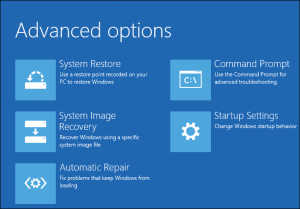 Once everything is back to normal with your Windows, run a command Prompt as Admin and disable the Boot Menu by typing:

I am a big fan of Windows' search feature since Windows 7. So, I was really frustrated when searching stopped to work this morning on my Windows 10. Fortunately, I have been able to fix it easily by deleting a key of the registry.