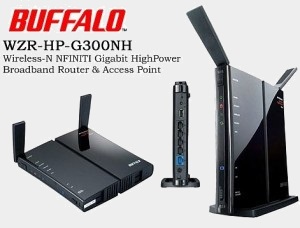 I have upgraded the firmware of my Buffalo WZR-HP-G300NH (v1) with the latest version of dd-wrt... seamlessly !

My Buffalo bought end of 2010 was pre-installed with a version of dd-wrt (a.k.a the "Pro" firmware of Buffalo which was installed by default as of the second half of 2010 instead of their 'friendly' firmware).

Everything was still working fine immediately after the upgrade, without any lost of settings. I.e. mainly (from my point of view):