As mentioned in a previous post, I was planning to build a new home server (for File Storage and Virtual Machines) to replace my previous one named Zeus. Reason: this one was experiencing more and more sudden reboots/crashes and I was afraid that the motherboard could be end-of-life. 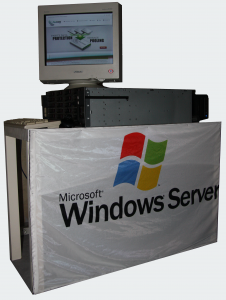 Why Zeus was experiencing crashes was not as important as the possible consequences of a definitive hardware failure. I used to stores on it thousands of personal photos and videos, as well as all ripped CD/DVD, softwares, PC backups, many VMware VM, etc.. And I was using a RAID 5 based on onboard controller.

So, I decided to build a new home server,

From the hardware point of view (For my needs; home server = not true server = desktop hardware):

I decided next to reuse the motherboard, RAM and CPU of my current PC (Chaos) — a good opportunity to buy a new motherboard supporting new processors/RAM/devices to update Chaos

One thought on “Zeus is dead. Long life Zeus!”